Up for test is AudioFrog’s GB25 2.5 inch Midrange. Pictures don’t do justice to the smallness of these drivers but here they are anyway… 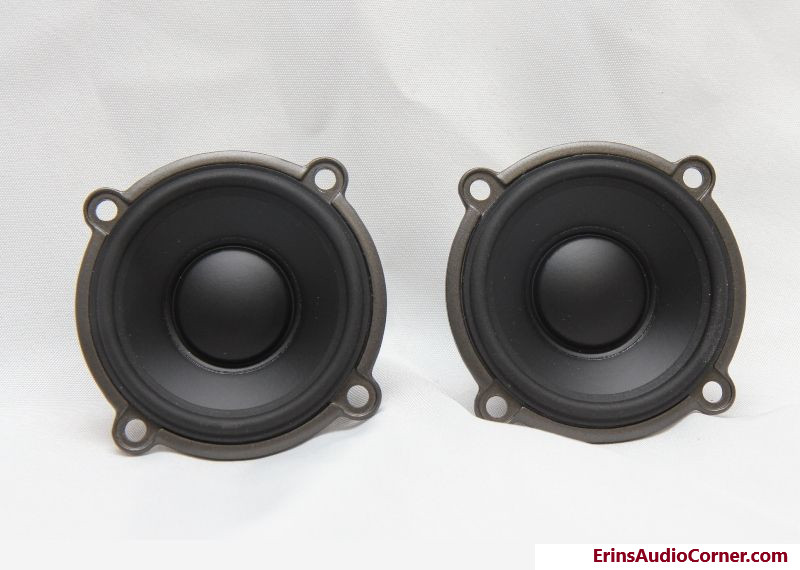 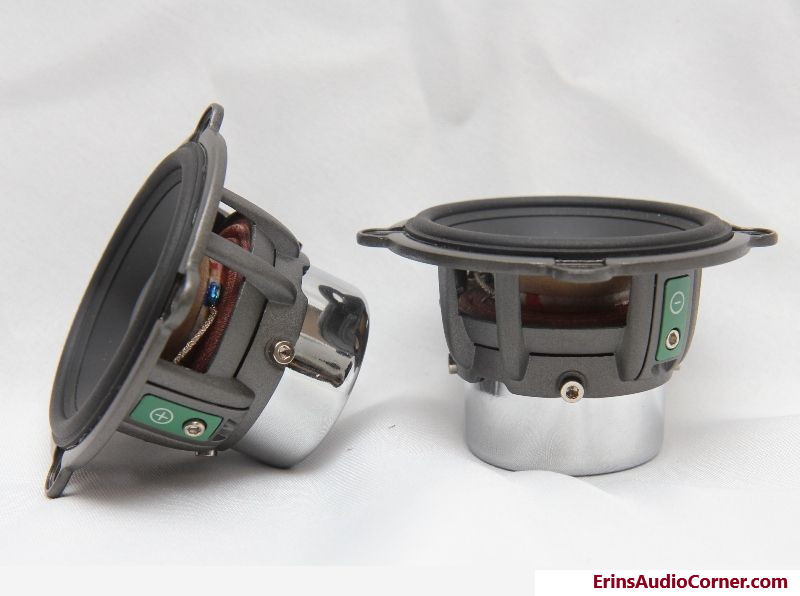 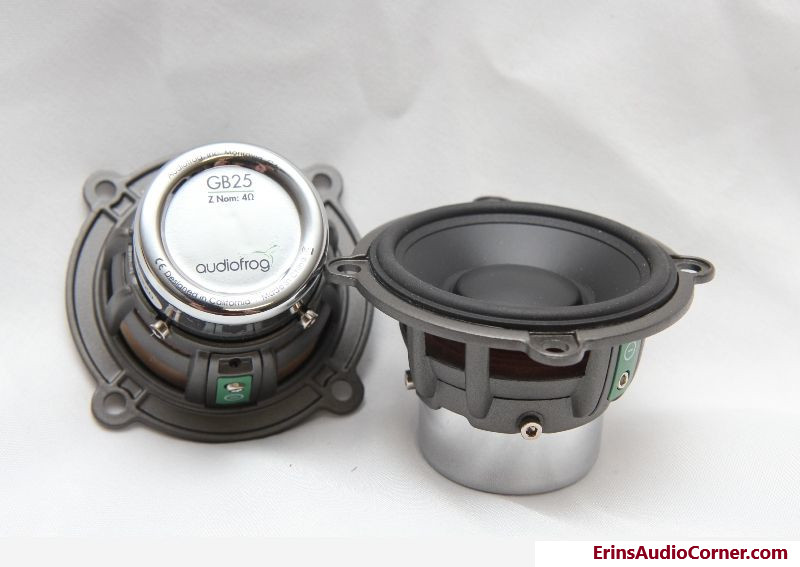 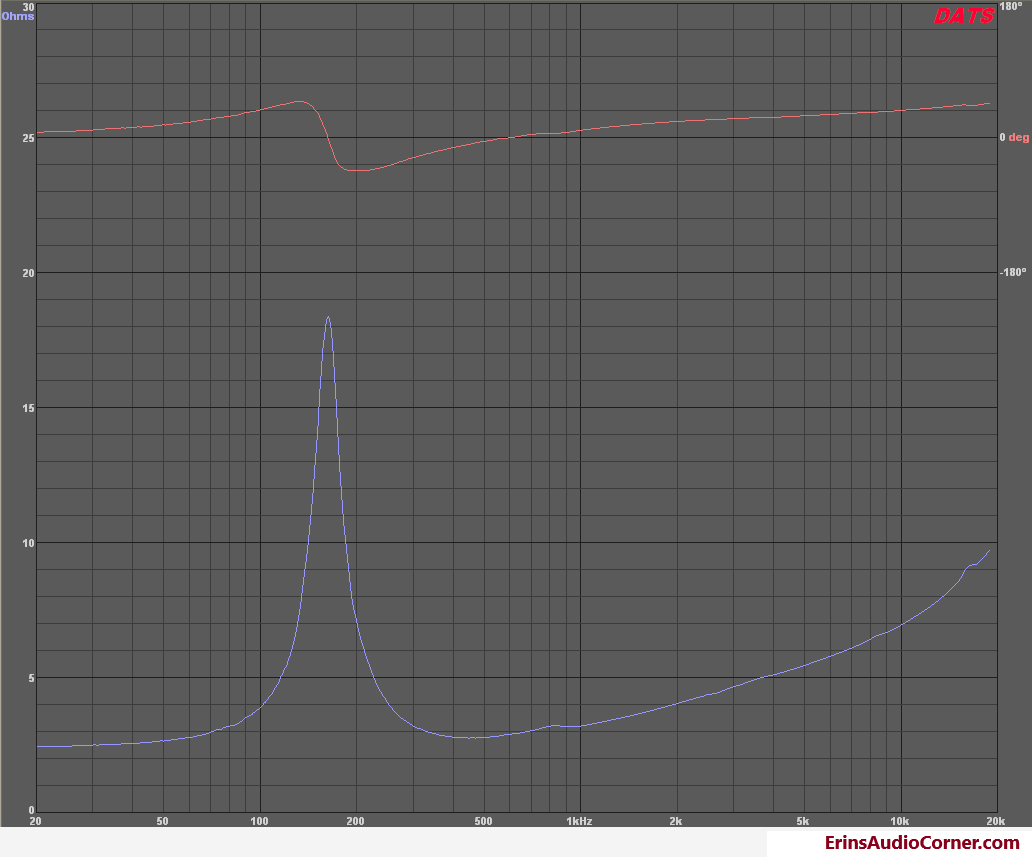 Frequency Response and the following Harmonic Distortion measurements were taken using Dayton’s OmniMic measurement system. For this test, the driver was surface mounted (not flush mounted) on the baffle. The backside of the driver cutout was chamfered to allow for the driver to ‘breathe’ better, as is often recommended for such small drivers.

The following HD graphs are done in the nearfield, emulating 90dB at 1 meter as well as 96dB and 102dB at 1 meter, respectively. 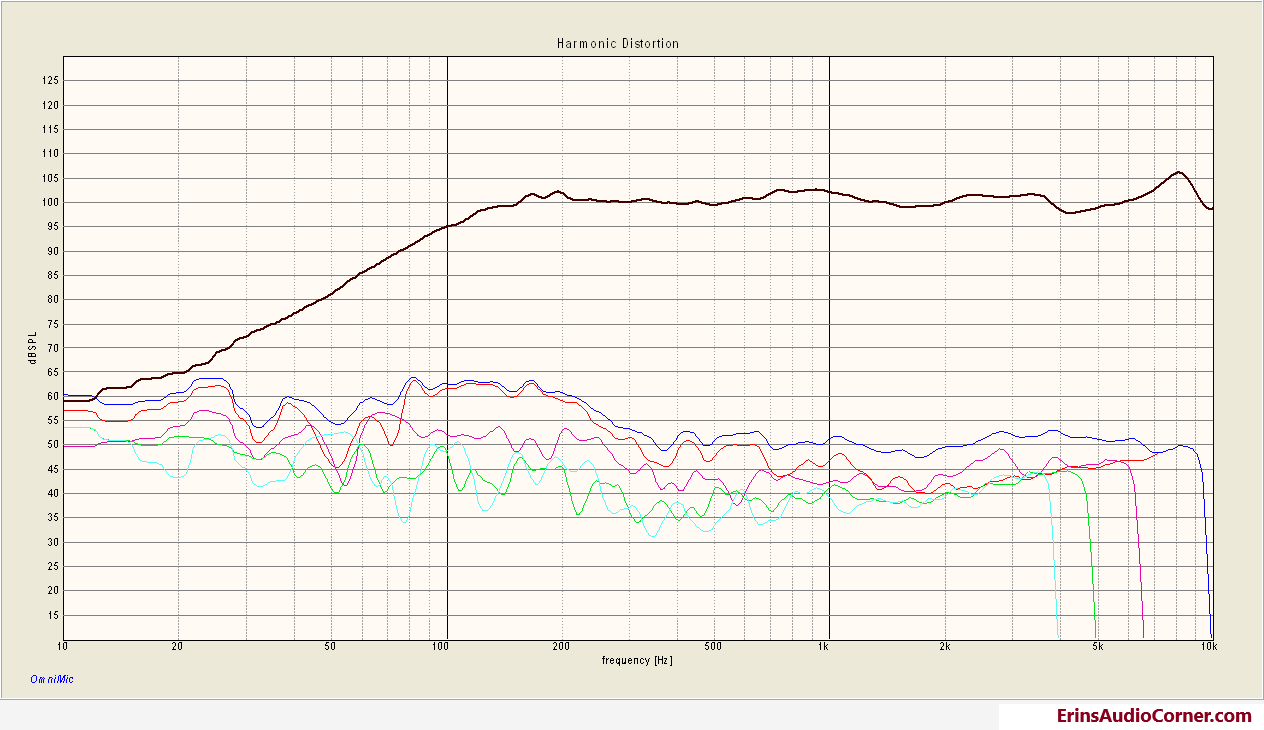 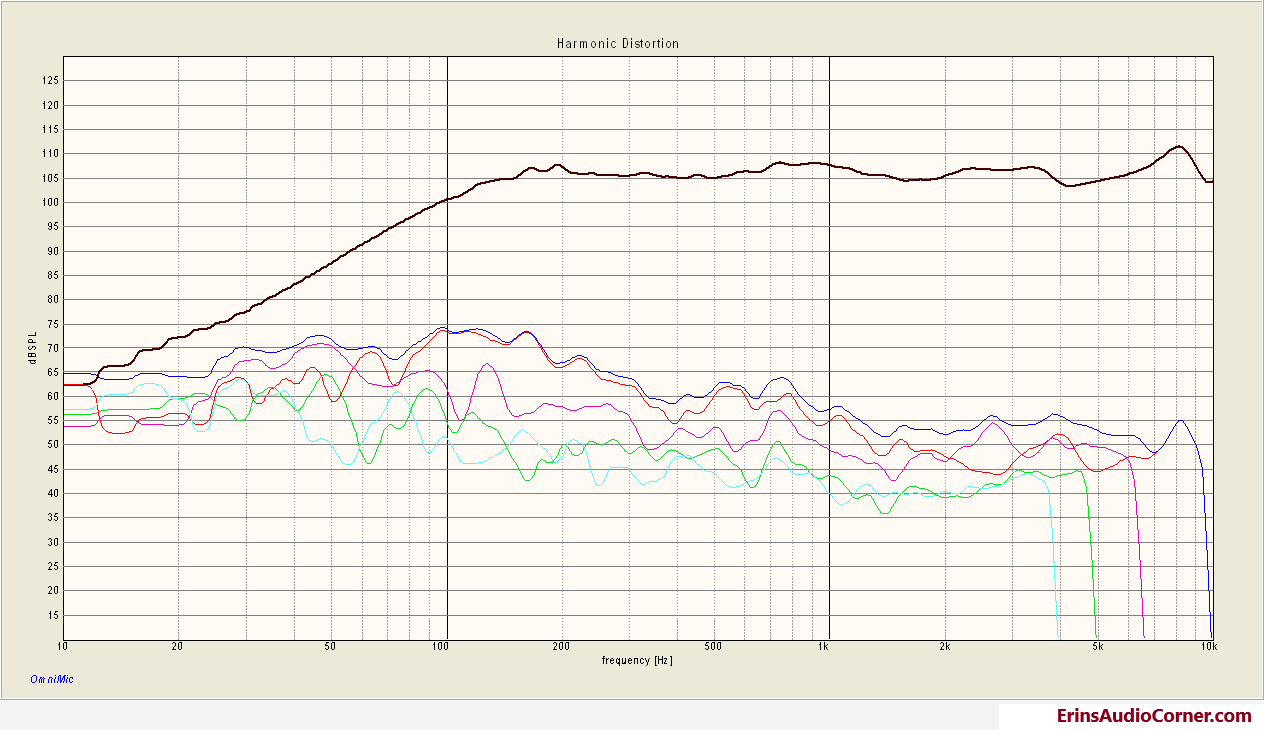 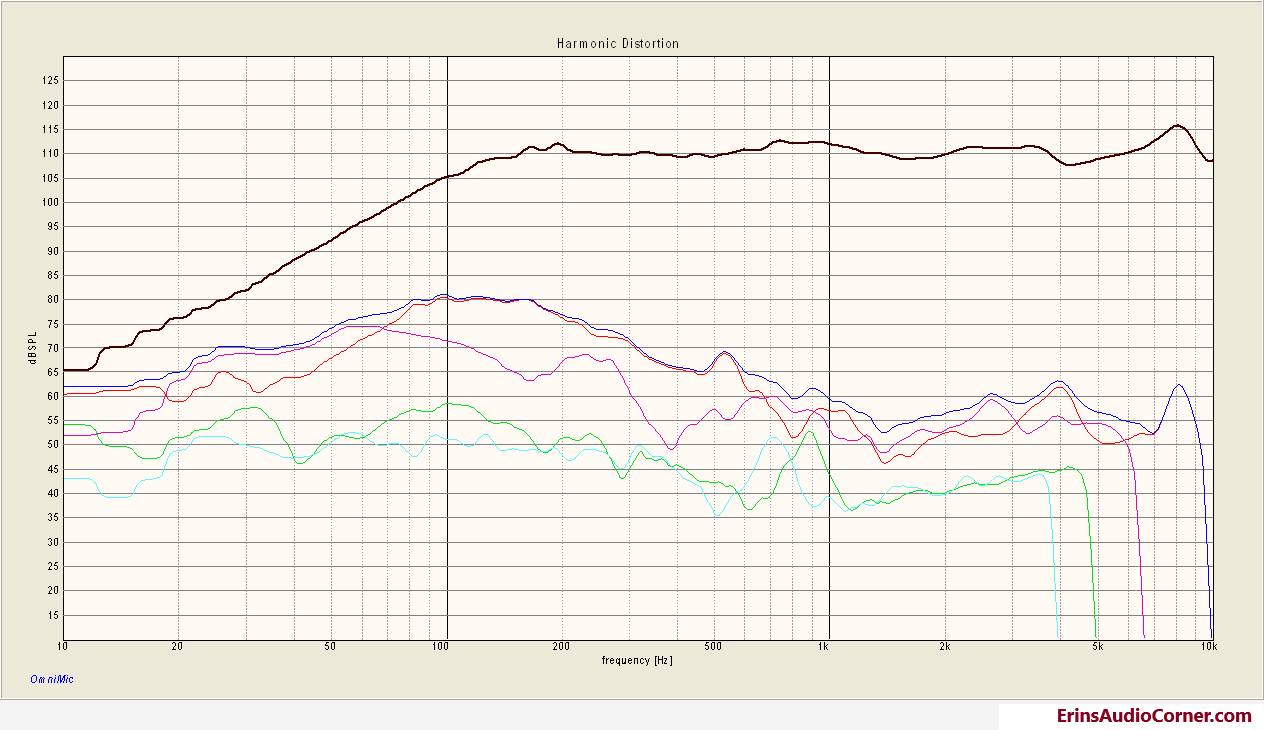 The impedance sweep results indicate an Fs of 162hz with a Qts of 0.771. Vas is 0.008 cubic feet. Pairing the Vas/Qts specs up, it’s seen that this driver has the capability te mounted free-air or in a very small enclosure. Of course, a high-pass filter makes these points less important, but it is worth noting that if using a sealed enclosure it can be very, very small.

Frequency Response results indicate a very nice on/off-axis response symmetry. On-axis, the results are very linear up until about 5kHz where beaming (where on/off axis response diverges) begins to increase. That said, the typical modal issues above the beaming point are kept to a minimum with only a 5dB rise centered around ~8khz. Compare this to other various drivers and you’ll find often in the case of a poorly damped cone, they will exhibit breakup issues resulting in peaks increasing above 10dB. Additionally, this driver does a good job at minimizing this breakup off-axis as well.

The 102dB level Harmonic Distortion plot shows 1% THD is reached at ~300hz, whereas at lower levels (90dB) this 1% THD mark is reached at approximately 200hz. Above these respective values/output levels the THD is typically below 0.50%. Using a crossover at the recommended 200hz/12dB, the low frequency THD will be mitigated and rendered moot. One area I like most about these results is regarding the cone breakup, which as noted above is kept incredibly minimal and spread out through a wider band rather than a single large peak. Typically with a sharp breakup mode you see a correlating increase in 2nd order distortion. With this particular driver the 5dB breakup mode at ~8khz results in no significant increase in distortion and even at 102dB, the THD at 8khz is nearly 0.30%.

For those looking to use this as a dedicated midrange in an active three-way system, I’d say this driver can easily be crossed in the 250-300hz region for high-output when a crossover and 2nd order or greater slope is used (or, if more moderate output is the norm for you, 200hz would be conceivable but I personally err on the side that likes to limit excursion). Given my tendencies to want to listen at 95dB+ levels (fullrange) from the seated position, I’d personally expect to run this driver from 300hz – 6/7khz to minimize excursion on the low end while permitting better lining up a tweeter to the top end. Given the off-axis performance compared to the on-axis performance I could see running this higher than this but the crossover in the ‘ideal’ world may prove to be a bit trickier as you get further away from the beaming point and beyond the breakup point.

Bottom Line: These are some really nice results from a very small driver, which is the important factor to me, personally. Simply put, these drivers provide a lot of usable bandwidth for a very small footprint.