Up for test is the Gladen Aerospace 28mm tweeter. Product specs can be found here. 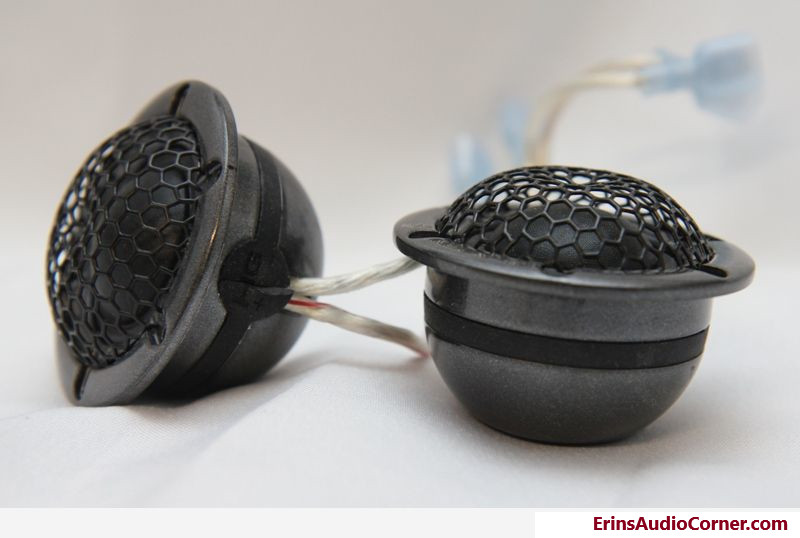 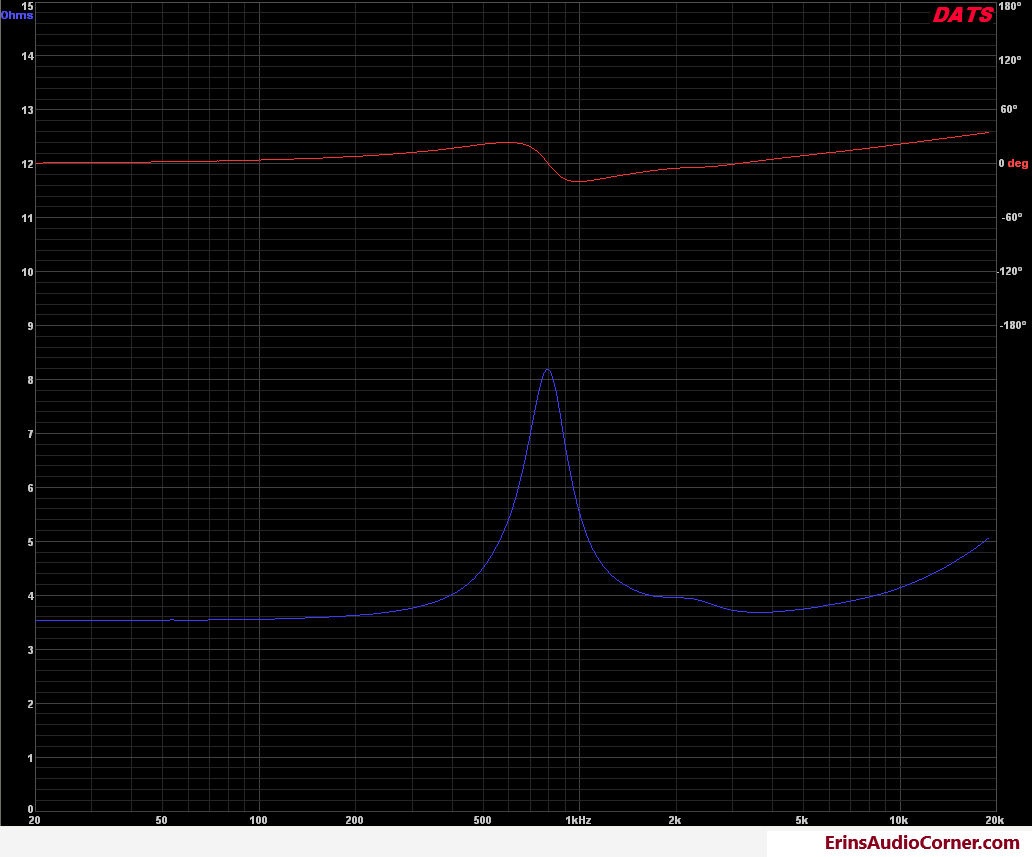 Testing done in the nearfield to 90dB and 96dB @ 1m output equivalents. 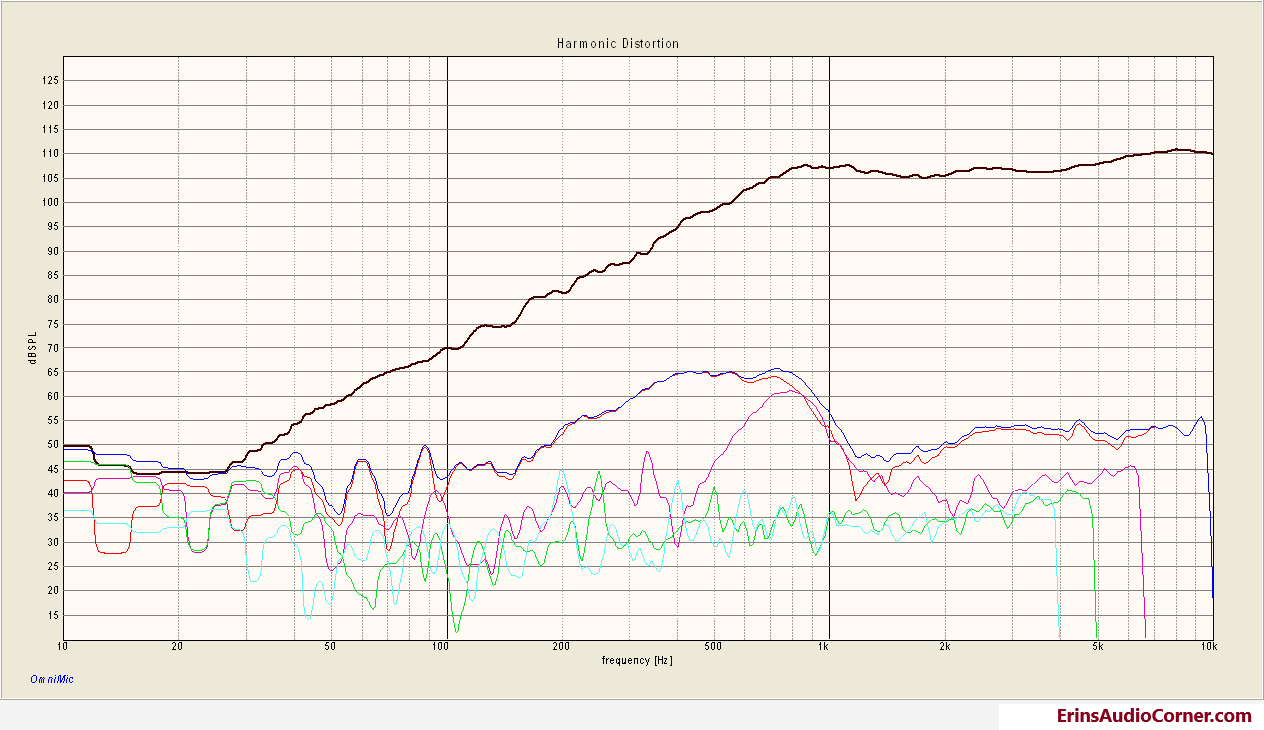 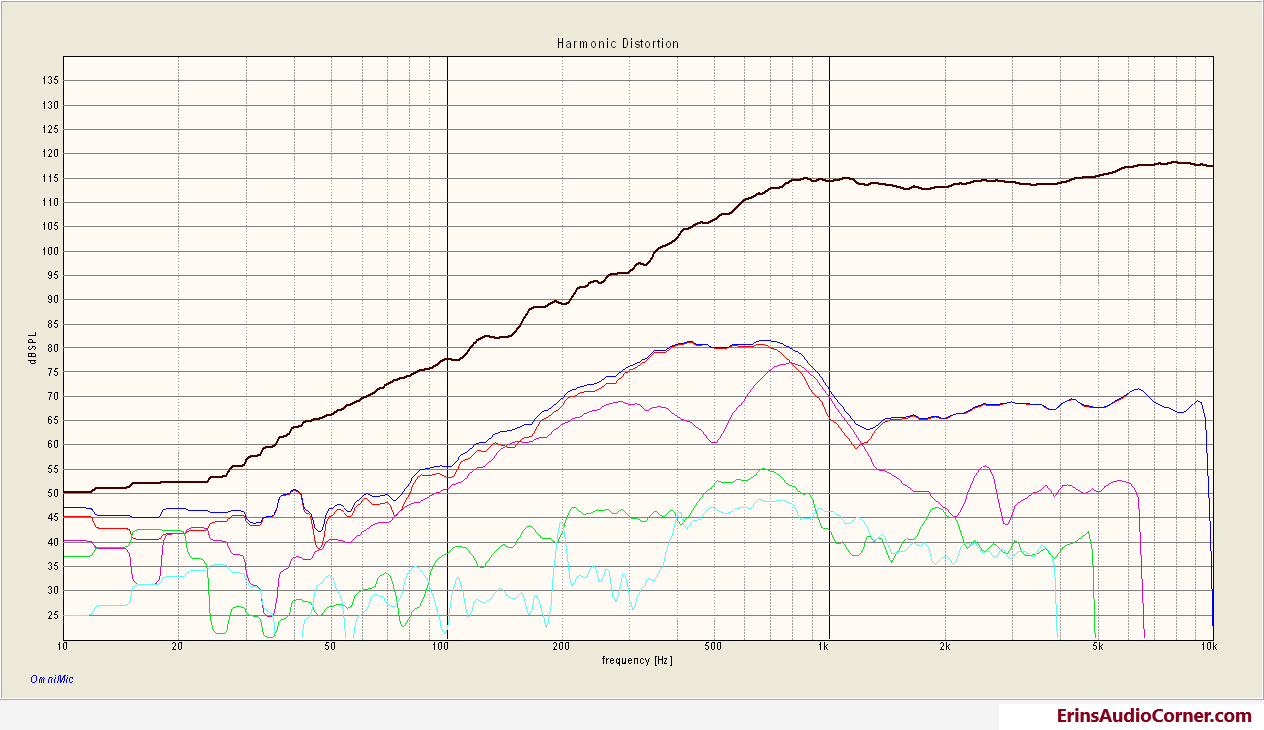 Let’s start with the build quality: Impressive. These tweeters feel heavy, which one typically equates to build quality. Though, I’m not a fan of generalizing, that generalization is legitimate in this case. There is no plastic housing; these are all (some form) of metal. I’m not necessarily a fan of the large-ish gauge wire. I do appreciate no terminals (honestly, they usually just cause your cutout diameter to be widdled out even more to accommodate the wire ran to the terminal). I just think Gladen could have used a tick smaller wire here given most will have to immediately bend the wire in the install to clear whatever pillar or sail panel they install these in.

The test data shows a mighty fine tweeter. The Fs is measured at just a tick under 800hz which indicates a lower crossover point can be used; for instance, to mate up with a 6.5″ woofer (keep a check on center-to-center spacing here).

The real shining point here is the HD results. What else can I say but they are fantastic. At 96dB output the THD (blue) is less than 0.50% down to 1.5khz where it is comprised almost entirely of 2nd order distortion above 1.5khz. Above 1.5khz there is nearly 15-20dB separation between 2nd and 3rd order components. Most people would cross this tweeter in the 2-3khz ballpark, and from what I’m seeing, it’s certainly capable (though, the slope order plays an important factor here).

Bottom line: very impressive. I honestly have no idea how much these cost but the data shows a very nice tweeter. The FR could be flatter above 4khz but the off-axis response is very well maintained and the HD is exceptional.

I also tested the 20mm version of this tweeter here as well. Here is a comparison picture. 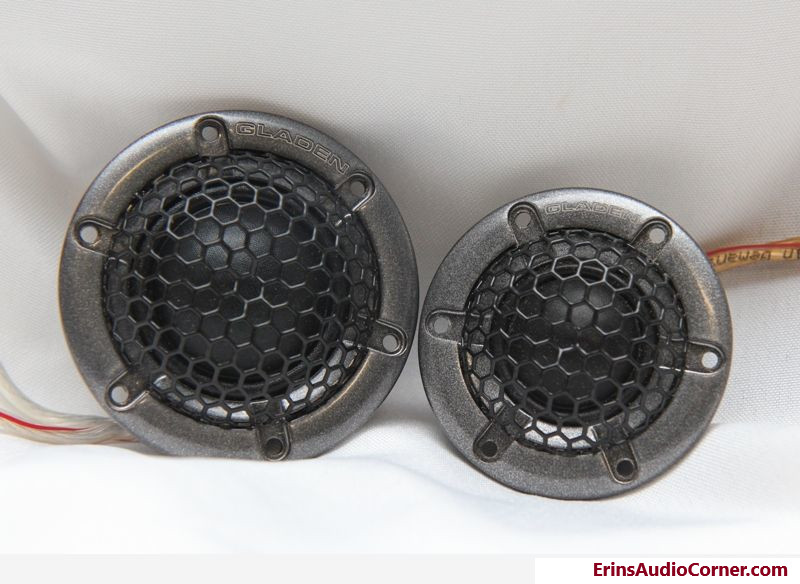 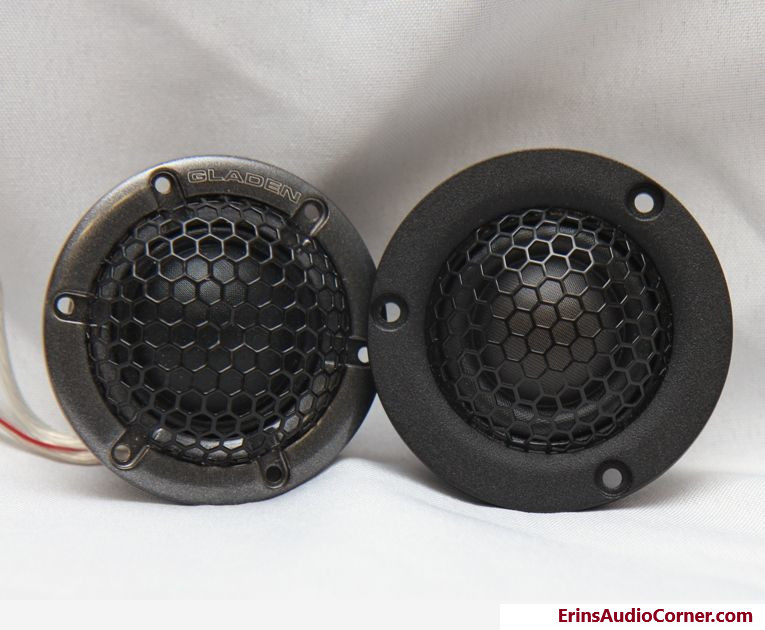 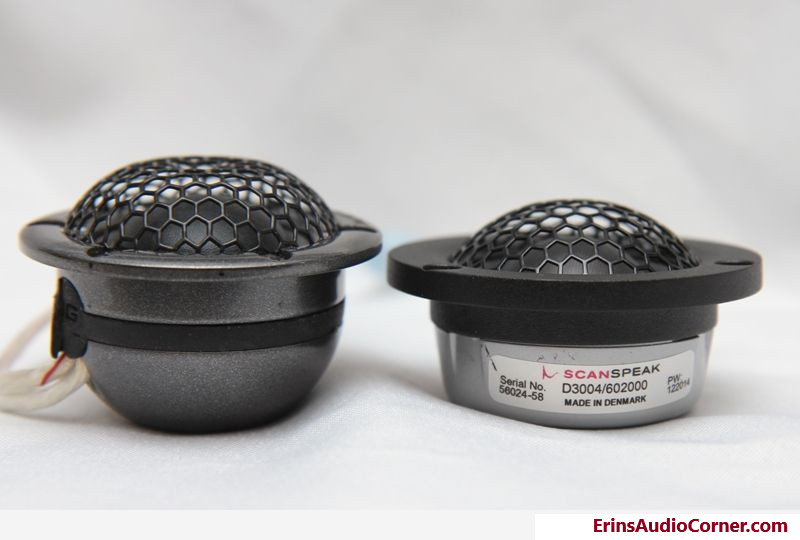 Below is the on-axis response of both the Aerospace 28mm and the Scanspeak above compared directly to each other.

Here’s a comparison of the Scan, Gladen 28mm, and Gladen 20mm (just for the heck of it):

And finally, the response comparison of all three.

You can see from this comparison just how linear in response the Gladen 20mm is compared to its 28mm sibling and the Scan. Though, the Gladen 20mm cannot cross as low as these other two. Trade-offs.