Up for test is a JL Audio C5-400cm midrange. I was interested in this driver as it seems to be of reasonable cost given the small form factor and mounting options in addition to the fact that it uses a Kurt Müller cone design, which is a well regarded cone manufacturer.

As shown in the pictures below, this driver comes with a mounting ring which allows it to be installed in a manner using the ring and covering grille (not shown). The alternative, shown in the above photo and provided link, is to use the driver with the mounting tabs. When I initially received this driver I removed the tabs for install purposes and therefore this particular test is done with the mounting ring in place. Keep this in mind when viewing the frequency response measurements.

To illustrate the difference with the ring attached, I have shown the driver with and without the ring. Again, however, note that I have removed the tabs for my particular application. 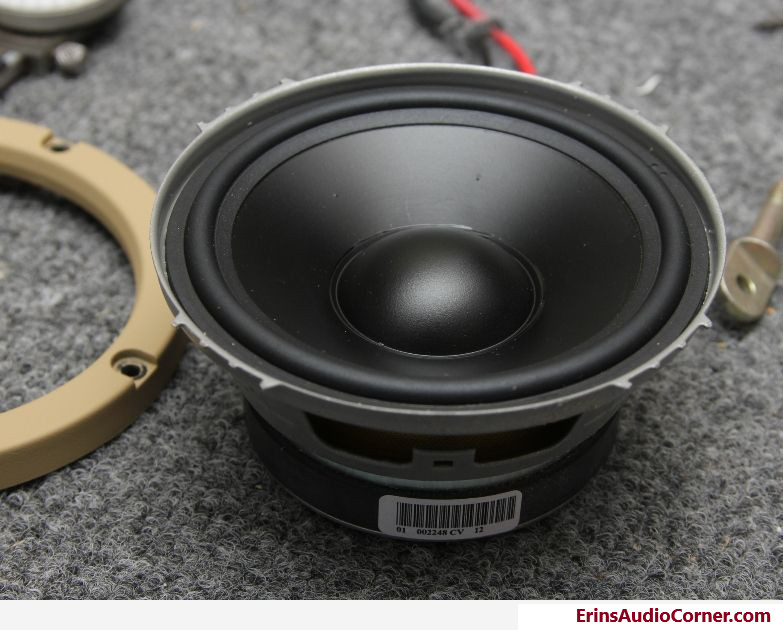 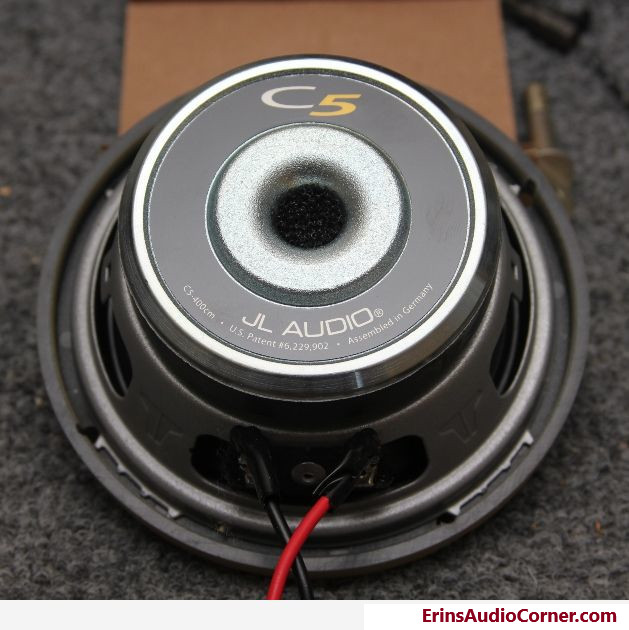 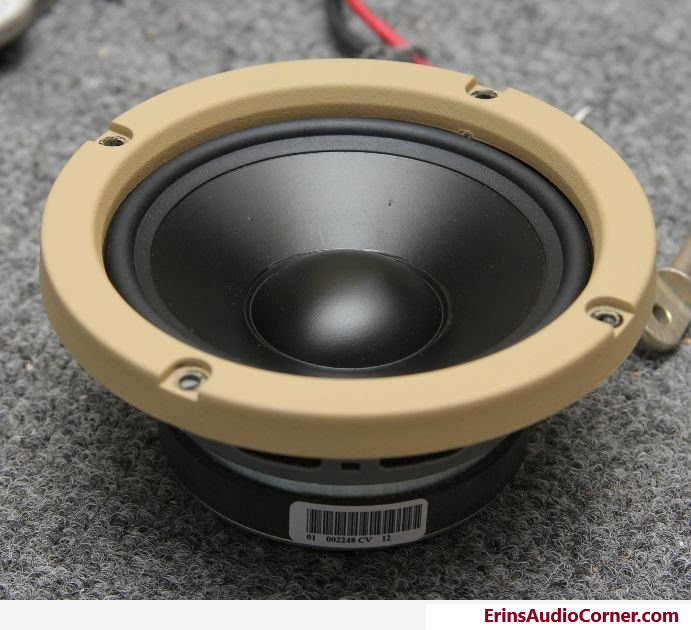 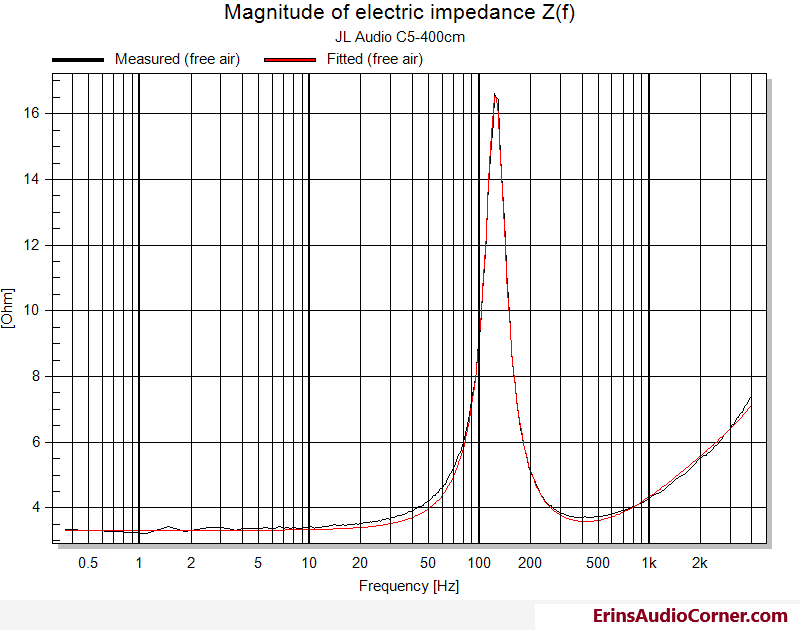 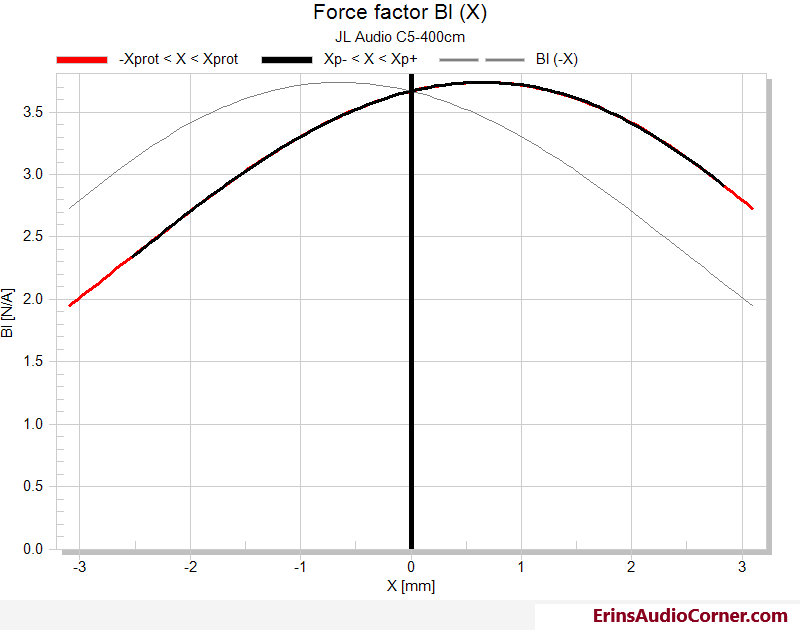 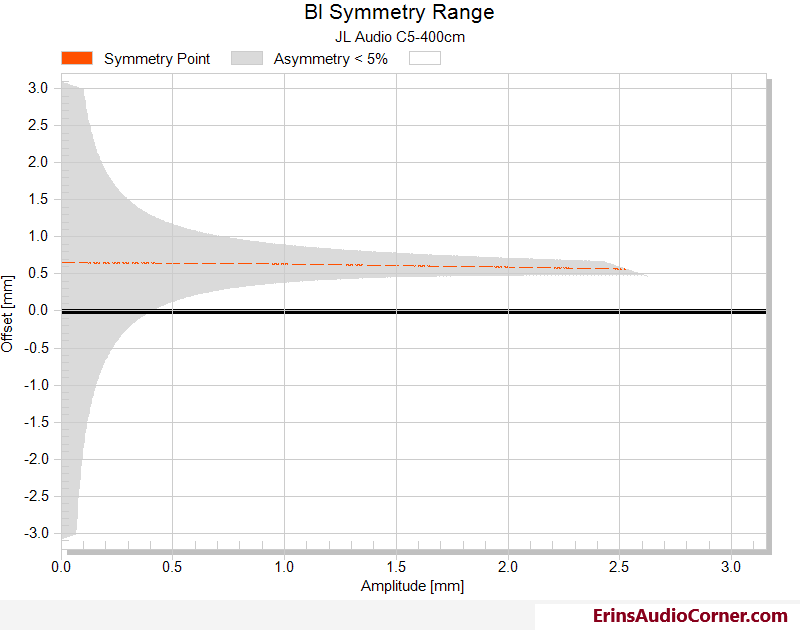 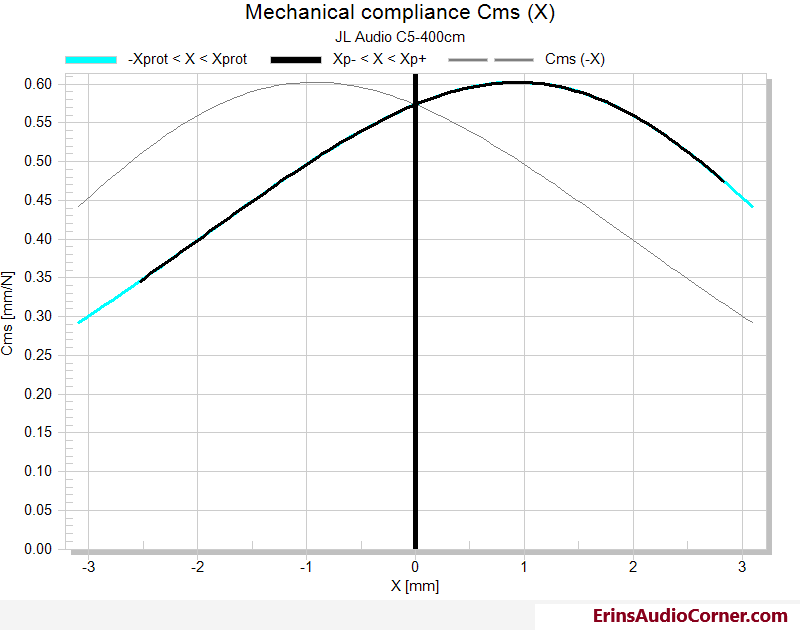 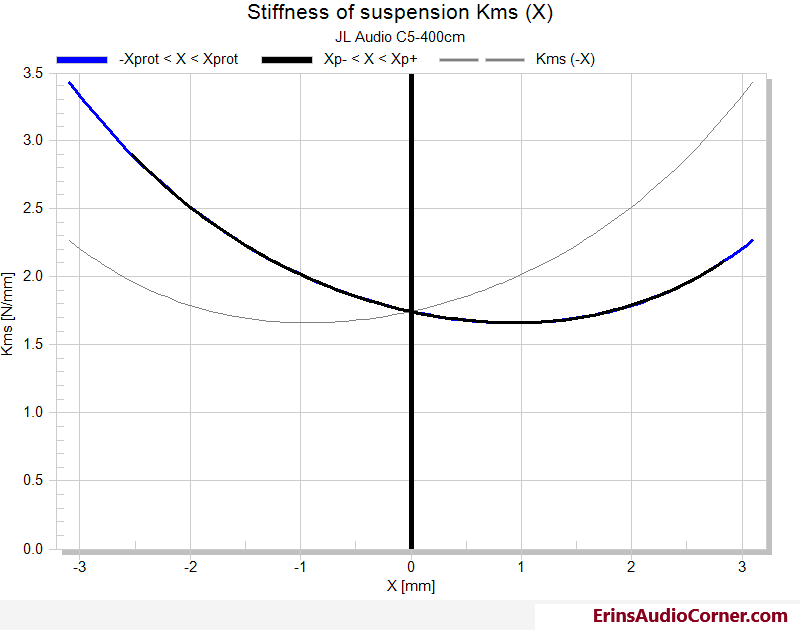 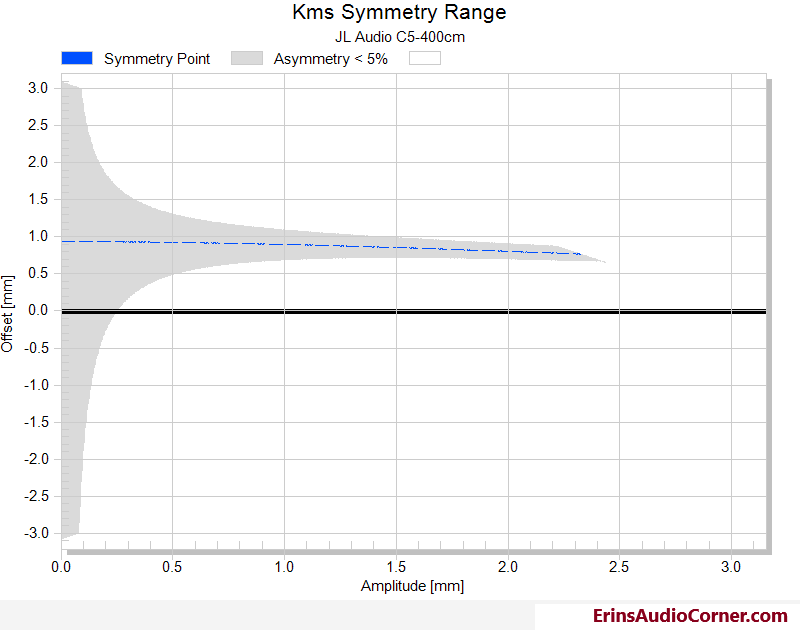 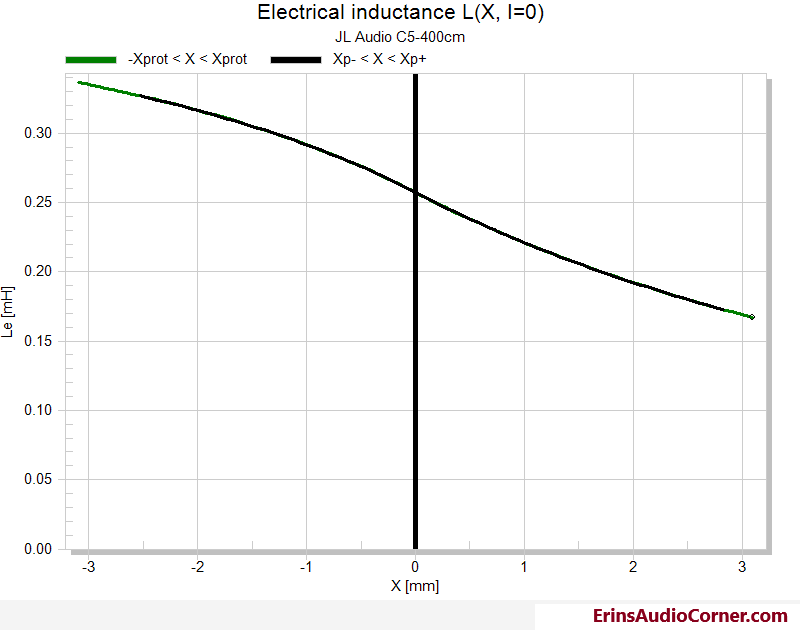 The following measurement was done by merging nearfield and farfield results together at 500hz to yield a quasi-anechoic result.

Also, remember this driver was mounted to the baffle with the mounting ring attached. This will effect the higher frequency response but unfortunately I didn’t have a way to test without it. Please read the parting comments at the bottom for some more on this. 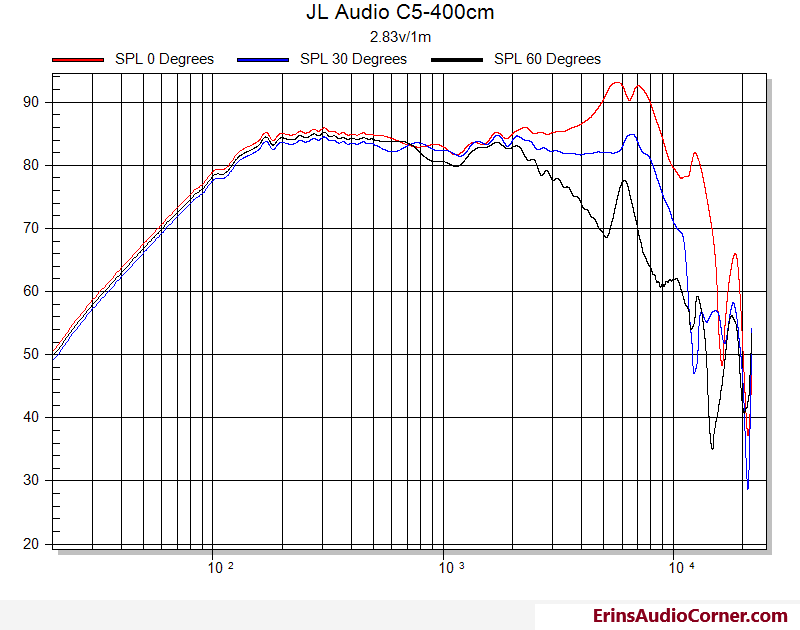 This test was performed in the nearfield at an SPL level equal to 96dB at 1 meter. 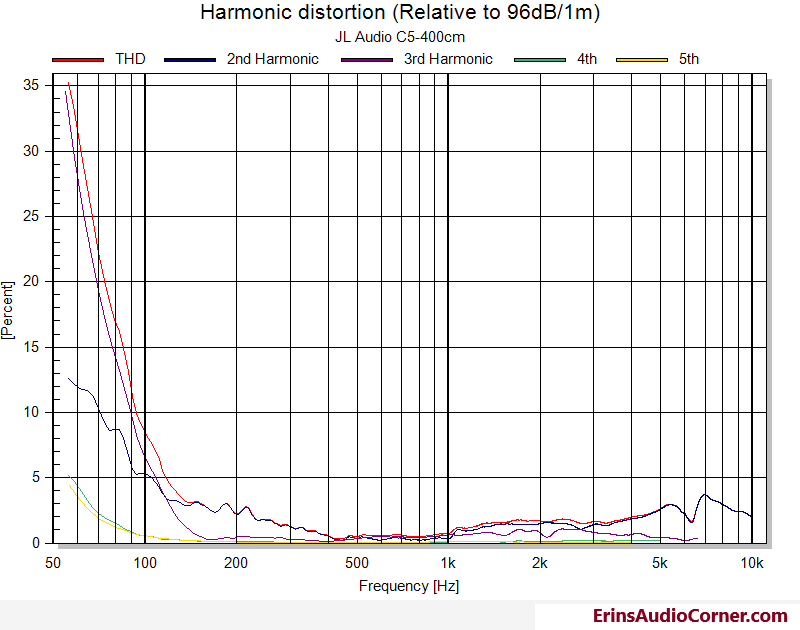 This is the same as above, just zoomed in for legibility. 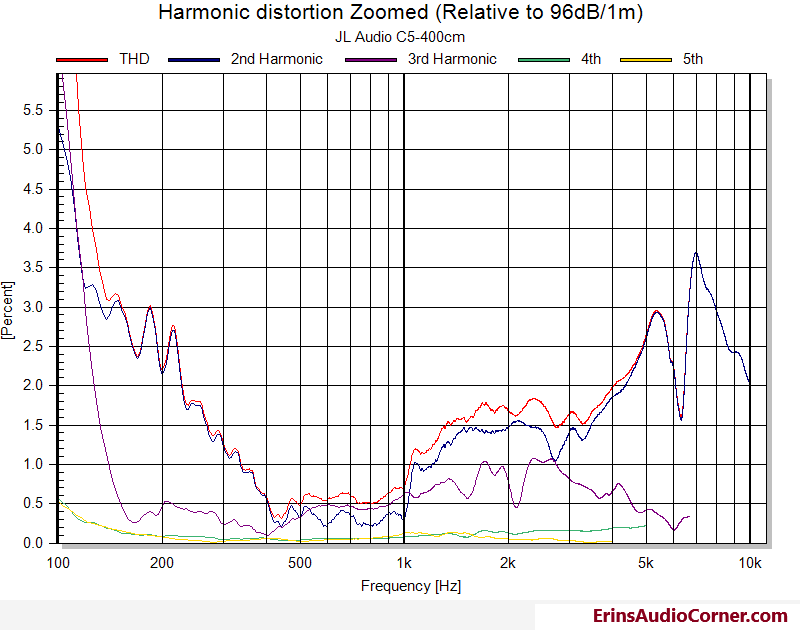 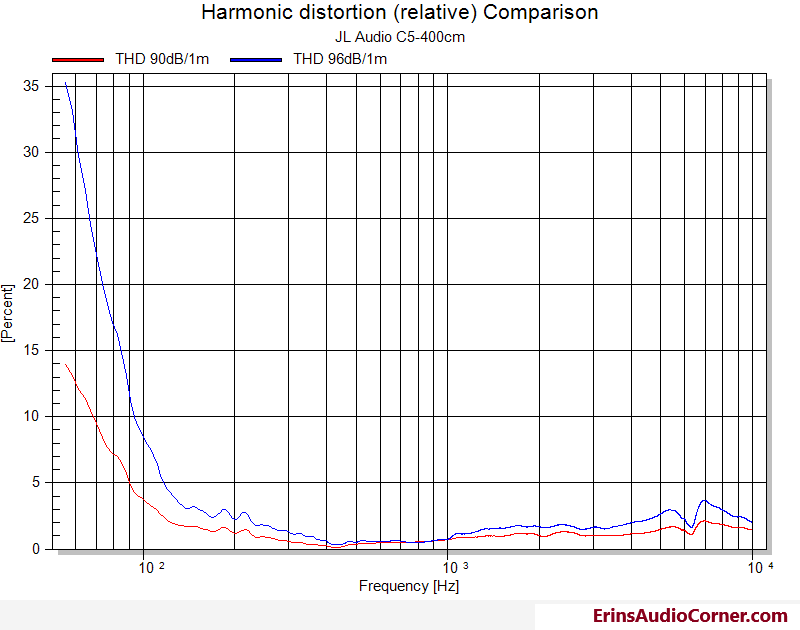 The measured sensitivity is about 84-85dB on average from 200Hz to 4kHz which is the band I would keep this driver in given the increased harmonic distortion below 200hz and the increased linear distortion (bumps in frequency response) above 4kHz. The breakup around 5-7kHz could very well be from the mounting ring; given the distance from the center of the cone to the outer edge it makes sense it would impact it around these frequencies. However, the fact that people would likely use the ring to install the driver makes it a worthwhile method to test and I’ll continue my evaluation with that mindset. So, having said that, the “breakup” is kept in check fairly well so with a steep low-pass filter placed around 4kHz or below the level of this breakup should be low enough to not significantly impact the overall response of the system.

At 30 degrees off-axis you can see the frequency response is fairly linear which indicates this may have been the targeted aiming for this speaker, given its use in car audio where midrange drivers may need to be placed in this manner so they don’t obtruct the driver’s view.