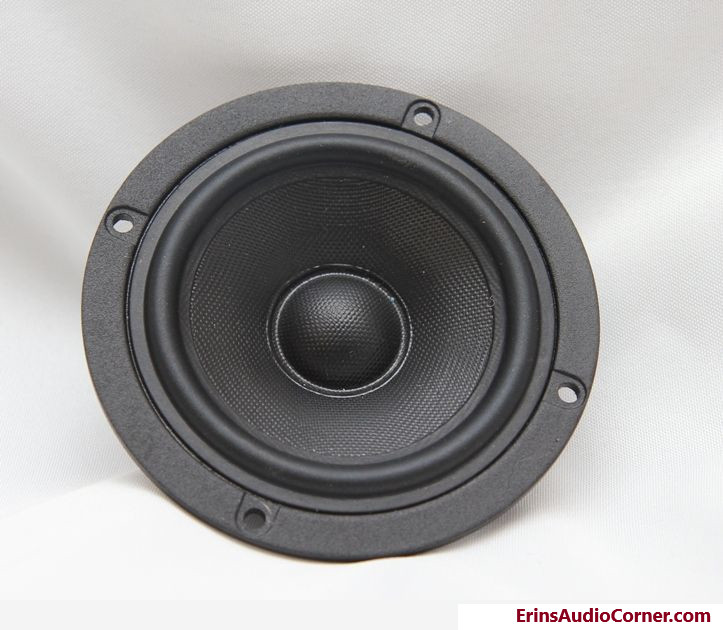 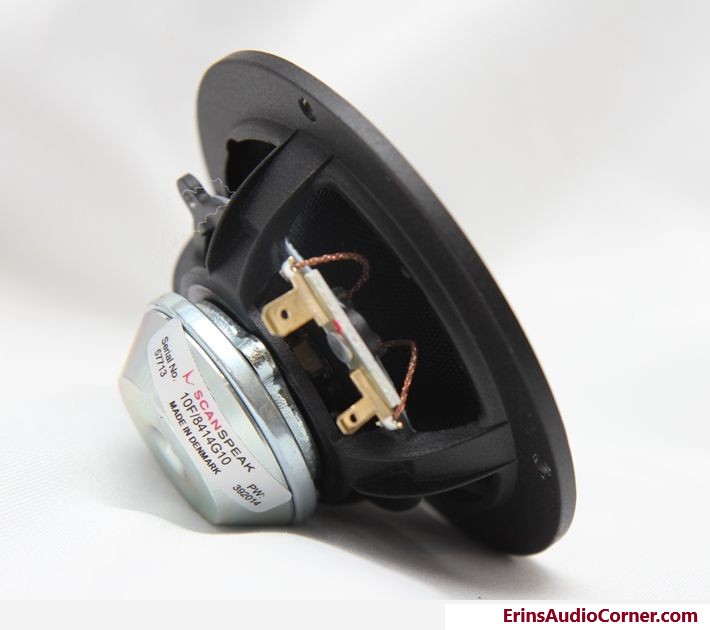 Up for test is Scan’s newer edition to their 10F lineage: The 10F/8414G10. This features a smaller neo magnet than it’s predecessors (like the 10F 4-ohm midrange tested here), making it an easier fit for tighter install applications.

Test setup note: The driver cutout was indeed chamfered, which is something that should be done to allow the back of the driver to breathe properly and not impede the flow (which would have a measurable effect). 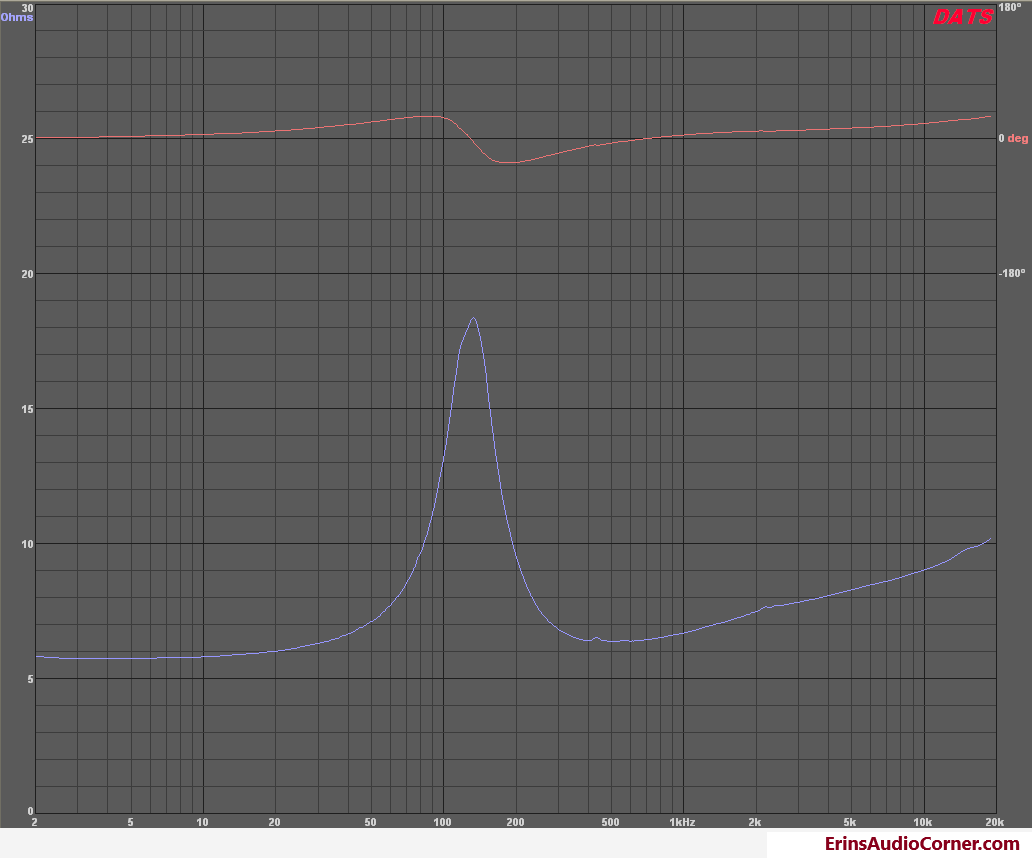 The following HD graphs are done in the nearfield, emulating 90dB at 1 meter as well as 96dB at 1 meter, respectively. Note: The bump in HD around 400hz is due to a loose part on the test baffle and should be ignored (verified through multiple tests and accelerometer placement). 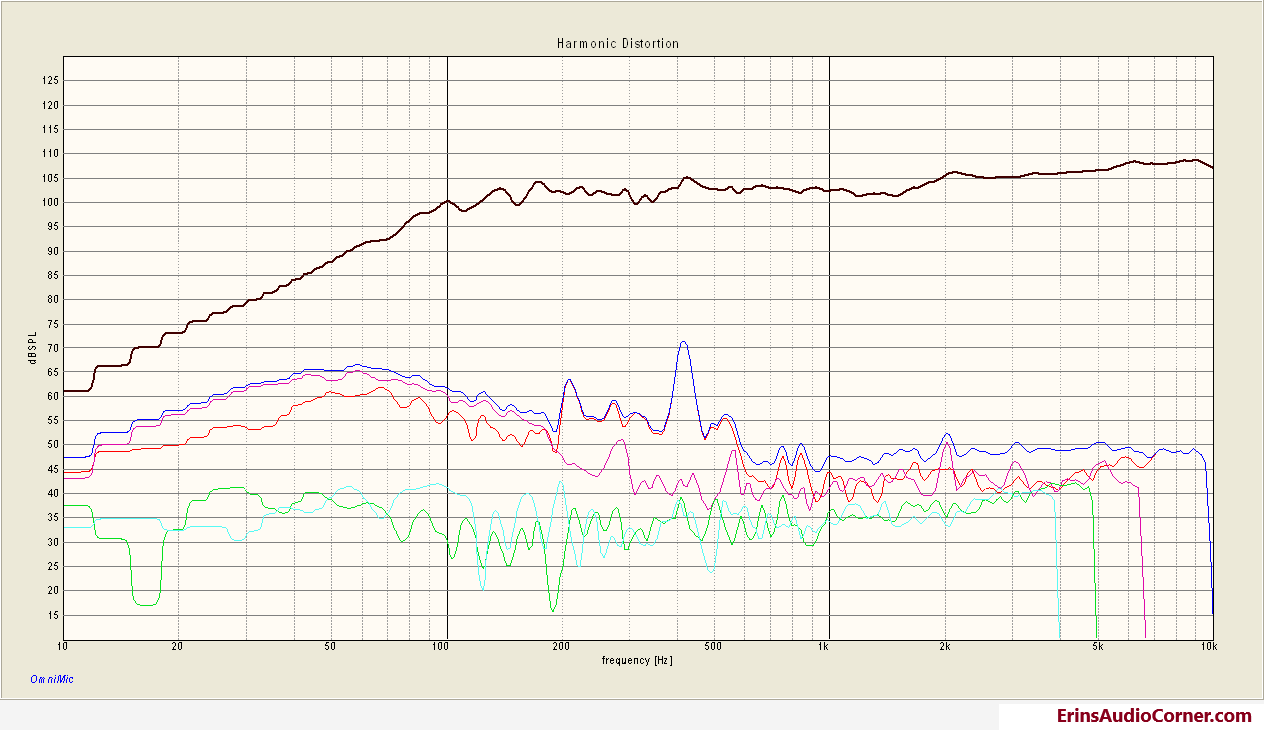 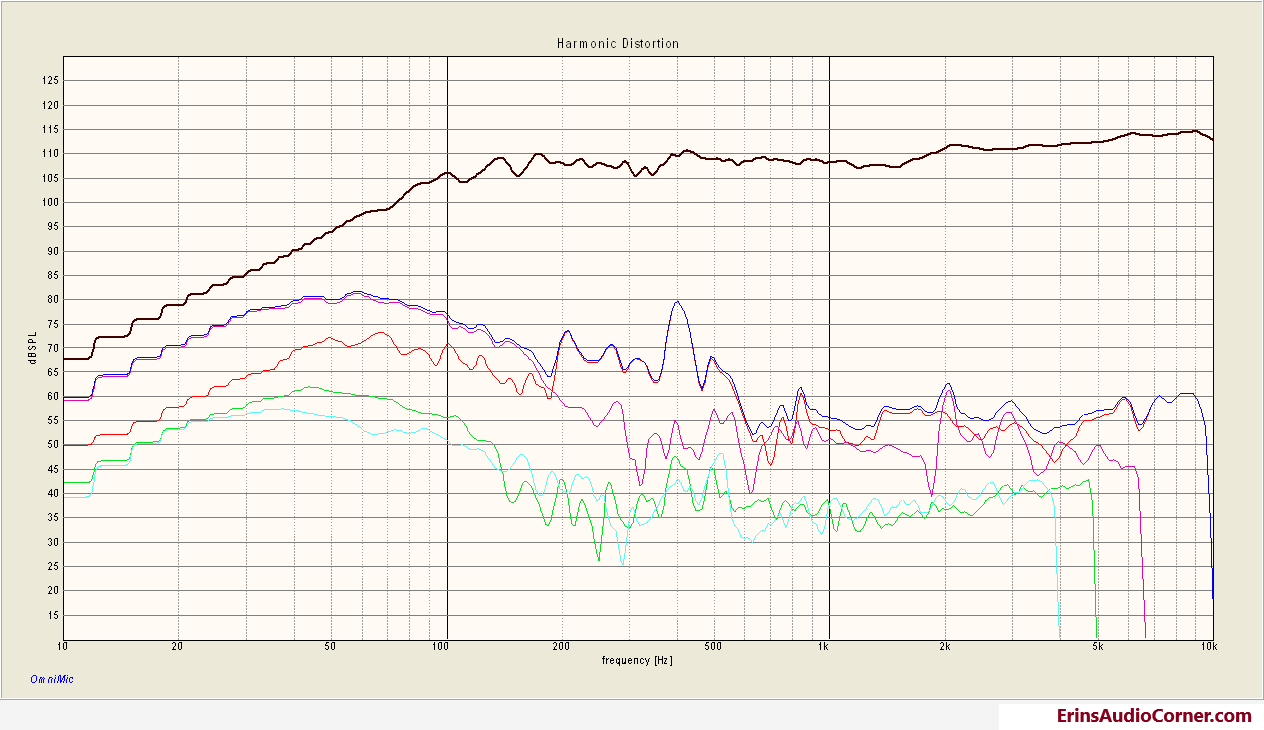 Frequency Response: Average sensitivity is approximately 85dB @ 2.83v/1m. While not dead flat across the board, there is a high-shelf like boost above 2khz by about 3dB that could be easily corrected via DSP. At 30 degrees off-axis, this driver is practically flat out to 10khz. The polar response (off-axis response relative to on-axis) is stellar. Each axis of measure follows the same trend above the beaming point (which is determined by the diameter of the drive unit; in this case approximately 2khz) which is a sign of a very well damped cone exhibiting no modal issues to speak of until nearly 15khz. This excellent polar response means a couple things: a) if you wanted to use this above the beaming point there will be no significant modal ringing or specifically harsh areas in the sound or b) if you plan to cross this to mate with a tweeter, keeping directivity at the crossover low this driver will not need a lot of ‘work’ at the crossover because outside of the typical crossover point I’d expect one to use here there are no aberrations in the response; just a general upward tilt to the response.

Harmonic Distortion: Note: The bump in HD around 400hz is due to a loose part on the test baffle and should be ignored (verified through multiple tests and accelerometer placement). Outside of that, the 3% THD limit is met on the low end at approximately 115hz. The 1% THD line is above 300hz. Above 600hz, distortion falls to under 0.50% THD throughout the rest of the frequency range. Given the Fs of this drive unit and the THD, a realistic crossover in the low-frequency range is in the 300-500hz region, depending on output levels and steepness of the crossover slope. On the top end, when you consider this drive unit is intended to be used as a “fullrange”, the distortion data tends to support that usability.

Comparing against the 4-ohm midrange 10f/4424g00 tested here: This is about 3dB lower than the “midrange” 4 ohm version. Like the 4-ohm midrange version, the response of this fullrange version also trends upward on-axis. Though, less abruptly. THD is one area where this particular drive unit differs from the 10f/4424g00. Comparing the THD of the two, you’ll see the distortion of the 10f/4424g00 unit increases above 1% to approximately 1.5% THD above about 1500hz where 2nd order distortion with that unit rose nearly 20dB. The unit under test here keeps it’s low 2nd order distortion and is approximately 1% lower above 1500hz in comparison.

Cliff’s: I really like this driver. As fullrange drivers go, I think this is probably one of, if not the, best I’ve seen. Really good fullrange driver. Nice on/off-axis response linearity with the apparent breakup pushed out to ~16khz. A mild rise in output on the top end (to help combat the otherwise falling response off-axis) that could be easily flattened via DSP with a shelf filter if one were so inclined. Great usability above 300-500hz for higher output (to help overcome the mid-80’s sensitivity). Truly an impressive driver for only $73/each (as of this writing).

If needing to use this as a midrange, though, I’d still recommend the actual 4-ohm midrange version of this driver if for no other reason than to gain back the sensitivity this one loses thanks to its fullrange purpose.