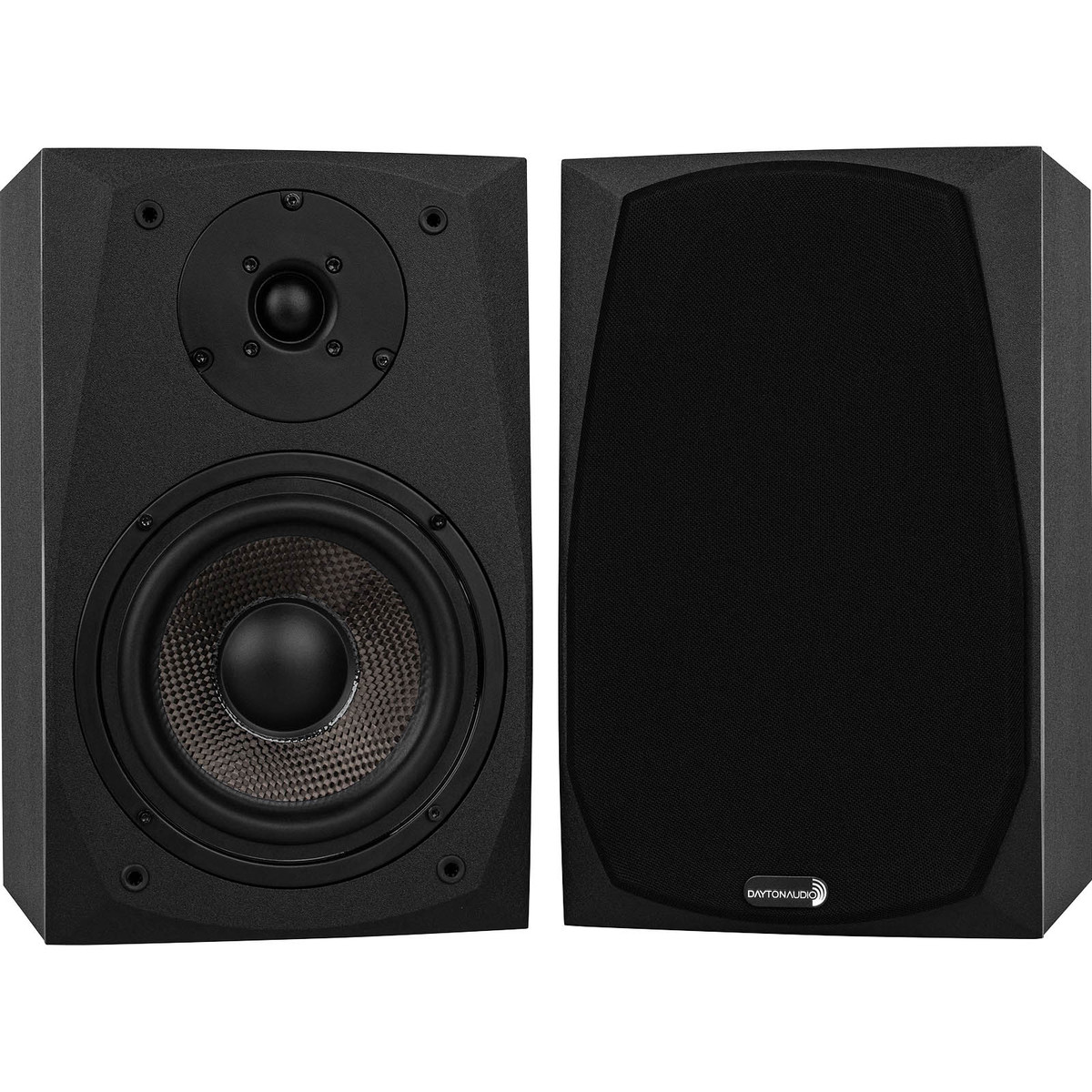 These speakers were sent to me by Dayton directly. I sent them back before I had the chance to take photos of my own.

Some specs from the manufacturer:

Price is approximately $150 USD for the pair.

If you are interested in purchasing this speaker, please consider using the following affiliate link which earns me a small commission at no additional cost to you: Buy from Parts-Express


The reference plane in this test is at the tweeter. The speaker was measured with the grille off, in ported configuration.

The below graphics indicate how much SPL is lost or gained in the long-term as a speaker plays at the same output level for 2 minutes, in intervals. Each graphic represents a different SPL: 86dB and 96dB both at 1 meter.

The purpose of this test is to illustrate how much (if at all) the output changes as a speaker’s components temperature increases (i.e., voice coils, crossover components).

The red and blue lines represent changes in the output compared to the initial “cold” test.

Upon initial listen I found the treble just way too hot and unpleasant. The low-order crossover on the midwoofer results in poor directivity matching to the tweeter. The treble has as much as a +5dB peak relative to the mean SPL. This results in a very bright sound that some (even Dayton) might call “detail” but I call it “pseudo-detail”. There is a mild boost in the bass which is preceded by a slightly recessed midrange. These are not deal breakers, per se, but I do prefer to not have a midbass bump in my speakers so it wasn’t something I would prefer. Other than this, it’s really not terrible. It is worth pointing out that Dayton implies a subwoofer is not needed with this speaker and the data shows that this is obviously not true. While the F3 and F10 are quite respectable, the F10 is 43Hz; meaning the response is down 10dB at 43Hz. So, yes, you still need a subwoofer with this speaker.

A few minor tweaks to the crossover network for little cost to Dayton’s bottom line and I’d be much happier sonically with what I heard and I think Dayton would have knocked it out of the park in this price class.

As stated in the Foreword, this written review is purposely a cliff’s notes version. For more details about the performance (objectively and subjectively) please watch the YouTube video.

The majority of what I do here is paid for by myself - other than the occassional loaner from friends/manufacturers. So, if you like what you see here and want to help support the cause there are a few ways you can do so: Become a Patron!

Or using my affiliate link which helps me gain a small commission at no additional cost to you.

Your support helps me pay for new items to test, hardware, miscellaneous items and costs of the site’s server space and bandwidth and is very much appreciated.