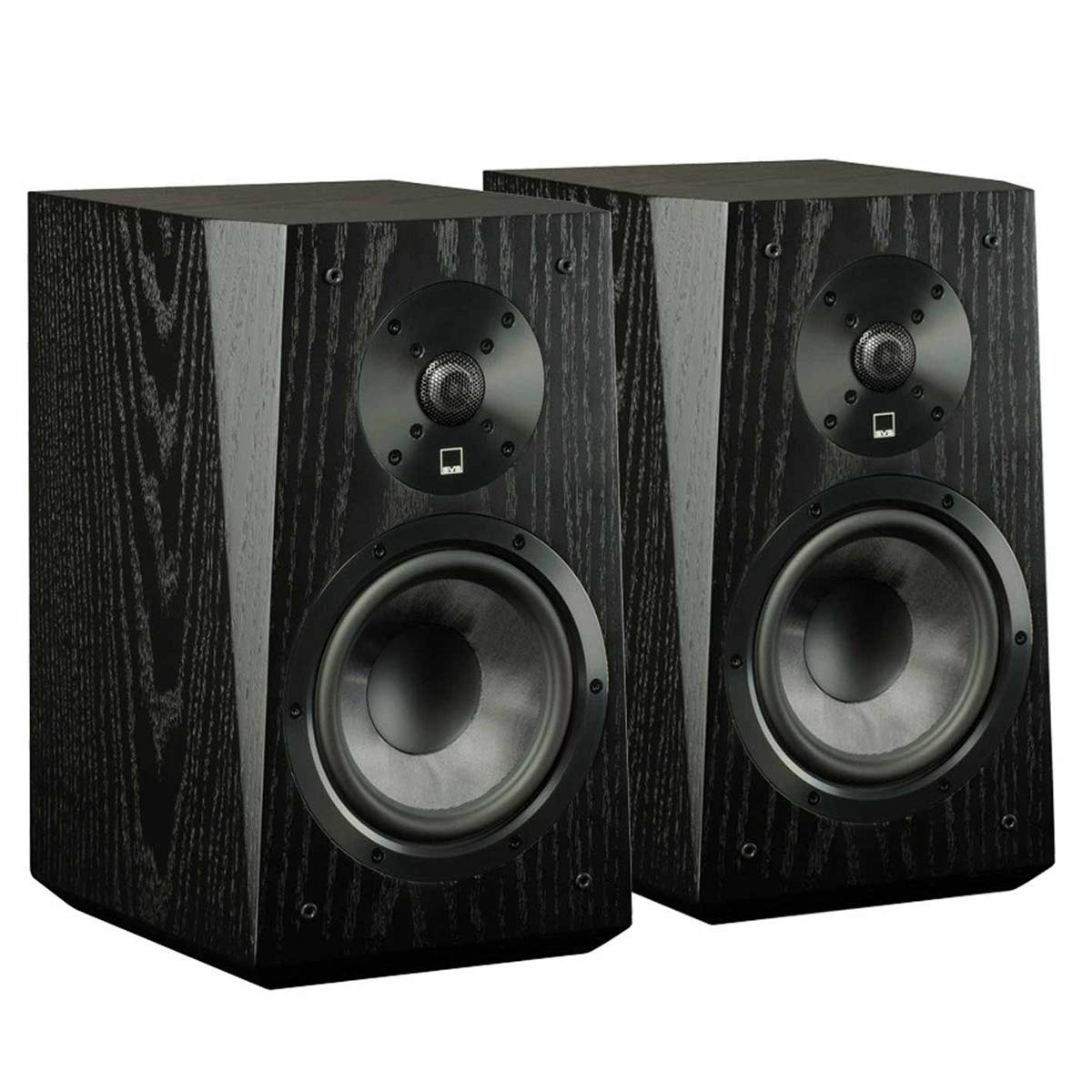 These speakers were loaned to me by SVS directly. I was not paid for this review and SVS has not seen the review prior to public release.

Apologies for the stock photo. I don’t have the means to take my own photos at this moment but will update when I do.

Manufacturer’s information can be found here.

These are sold in singles at $599/each making the approximate retail price for a pair $1200 USD.


The reference point is at the tweeter. Grille off.

This speaker presents a reasonably “neutral” response at the listening position when listened to on-axis with the only outliers being a tad bit much in the upper treble, causing cymbal crashes to sound a touch too “shimmery” or some digital music to be a bit “brittle”. Another artifact I found was that the midrange (500-2kHz) region sounded a bit too “full”. Looking at the data I can understand why that is the case because there is a bump of about 1.5dB in this specific range. What you can expect, then, is that - relatively speaking - the lower midrange may not sound as full; it may sound a tad thin. However, I need to emphasize that these are minor gripes in the grand scheme of things. At least to my ears.

This speaker does suffer diffraction effects at approximately 3kHz as well as 6-7kHz, despite the beveled edge. The directivity shows issues around 2-3kHz as well. This coincides with the specified 2kHz crossover (acoustic, I assume). The ~6.5-inch midwoofer is beaming by around 1100Hz meaning the horizontal and vertical radiation is narrowing as you go above this frequency. The tweeter is (practically) omnidirectional this low; the disparity in radiation from woofer to tweeter creates this directivity mismatch. However, the crossover actually seems to be still reasonably implemented with respect to matching the smoothness per the Estimated In-Room Response. At least in regard to horizontal dispersion. This issue that peaks its head out, though, is vertical radiation where the pattern exhibits a null above and below the tweeter line making it where the listening will want to be within ±10° (above/below) the tweeter. As the listener extends beyond this range the crossover mismatch shows up and there is certainly a loss in “detail” and “attack” from the suckout in the 2-3kHz region.

In other words, while the crossover design could use work and the on-axis response isn’t as linear as one would hope for this price, the EIR shows a reasonably smooth response.

Soundstage width is about ±70° until about 10kHz which is typical for a design like this (dome tweeter on a flat baffle).

I preferred listening to this speaker with the grille off and with the speaker turned off-axis a little bit; about 5-10° is adequate to tame the treble just a bit without losing “detail” in the upper octaves.

Distortion is low at less than 1% THD above 100Hz at 96dB/1m. Dynamic range is also OK as long as the speaker is used with a subwoofer and properly crossed over to the subwoofer at - say - 80Hz. Multitone distortion looks good at even the highest output.

Compared to the SVS Prime Bookshelf Speaker (I reviewed here), the Ultra is a noticeable step up in linearity with the aforementioned caveats. The output capability of the Ultra Bookshelf is better but not as significant as the difference in response linearity. So, the area you’re paying more for with this speaker over the Prime version appears to be nearly solely in response smoothness/linearity.

If you find this review helpful and want to help support the cause that would be AWESOME! There are a few ways you can do so below. Your support helps me pay for new items to test, hardware, miscellaneous items needed for testing, new speakers to review and costs of the site’s server space and bandwidth. Any help is very much appreciated.

If you are shopping at any of the following stores then please consider using my generic affiliate links below to make the purchase through.

Purchases through these links can earn me a small commission - at no additional cost to you - and help me continue to provide the community with free content and reviews. Doesn’t matter if it’s a TV from Crutchfield, budget speakers from Audio Advice or a pair of socks from Amazon, just use the link above before you make your purchase. Thank you!